MOUNT VERNON — A boy of about 12 has post-traumatic stress disorder because of the way his adoptive family treated him, a mental health therapist testified Wednesday.

Larry and Carri Williams adopted the boy from Ethiopia in 2008, along with a girl believed to be older than him. Three years later, the girl, Hana, collapsed in the family’s Sedro-Woolley backyard and died, reportedly of hypothermia hastened by malnutrition and a stomach infection.

The Williamses are each charged with homicide by abuse and first-degree manslaughter in Hana’s death, and first-degree assault in connection with alleged abuse of her brother. They have pleaded not guilty.

Wednesday was the third day of testimony in the trial, and the sole witness was Dr. Julia Petersen, a mental health therapist from Seattle Children’s Hospital. Petersen works exclusively with children who, like her, are deaf or hard of hearing.

The adopted Williams boy testified Monday through an interpreter.

He started meeting with Petersen in December, when he had been in foster care for more than a year. One of the goals of those sessions was to address behavioral problems his foster parents reported, including tantrums and opposition.

Petersen said the boy fit the diagnostic criteria for acute PTSD based in part on his nightmares about being physically harmed and the fact he was constantly afraid of making mistakes or expressing himself lest he be “punished.” His behavior problems would come up when his PTSD was triggered, she said.

He said multiple times in therapy sessions he felt like he wasn’t supposed to talk about what happened in the Williams home, but that he didn’t want to go back there, Petersen said.

“The issue of safety came up a lot,” Petersen said through a sign-language interpreter. She noted she tried to let him know he would be “protected in what he told me.”

Discipline the boy experienced in the Williams home, plus seeing Hana in pain and dying, is traumatic enough to lead to PTSD, Petersen said. The boy’s experiences in Ethiopia and in foster care do not appear to be the reason for it, she said.

“Hypothetically speaking, (your patient) being abandoned by his parents and left in a field, rescued by police and dropped off in an orphanage — in a hypothetical where those things are true, it’s your belief that those just made (him) sad?” she asked Petersen.

The boy never said he was abandoned or expressed anxiety or fear over that experience — just sadness and grief, Petersen said.

Forde also asked whether Petersen’s diagnosis would change if the therapist learned some of the boy’s symptoms began when he arrived at the Williams home. The therapist resisted drawing conclusions based on hypotheticals and said she would need to speak to the child, know the context and look at the “big picture.”

Records from Seattle Children’s Hospital show the Williamses brought their adopted son there in 2008, but did not return for the recommended annual follow-up visits.

Also at issue Wednesday was whether two of the biological Williams children will testify. Both plan to assert their Fifth Amendment right not to answer questions on the stand.

Their adopted brother said Monday one of the older boys took part in some of the beatings he described getting in the Williams home. This testimony made that biological son even more wary of speaking in court, his attorney said.

Judge Susan K. Cook has not yet ruled as to whether the biological sons will have to testify. She asked the attorneys for both sides to review case law on the matter and get back to her. 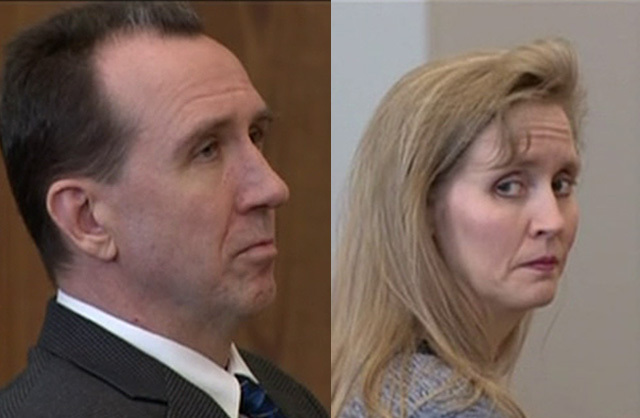