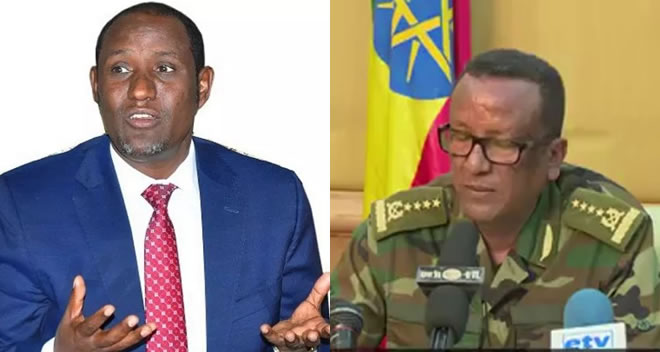 The chief of staff of the Ethiopian army, Gen Seare Mekand the regional governor, Ambachew Mekonnen, was killed along with another official has been shot dead, state media confirmed. The regime claim “coup”.

Since coming to power in April 2018 after years of anti-government unrest has ignited a surge in tensions between ethnic groups leading to deadly violence. Over 3 million displaced due to his lacune in a clear vision to lead over 3 millionaire old country.

Ethiopia’s army chief was shot dead by his bodyguard just hours after an attempted coup in Amhara state left the regional president and another top adviser dead, a spokeswoman for the prime minister said Sunday.

“The spokeswoman Billene Seyoum told journalists a “hit squad” led by Amhara’s security chief Asaminew Tsige burst into a meeting on Saturday afternoon, injuring regional president Ambachew Mekonnen and another top official who both died of their wounds.”