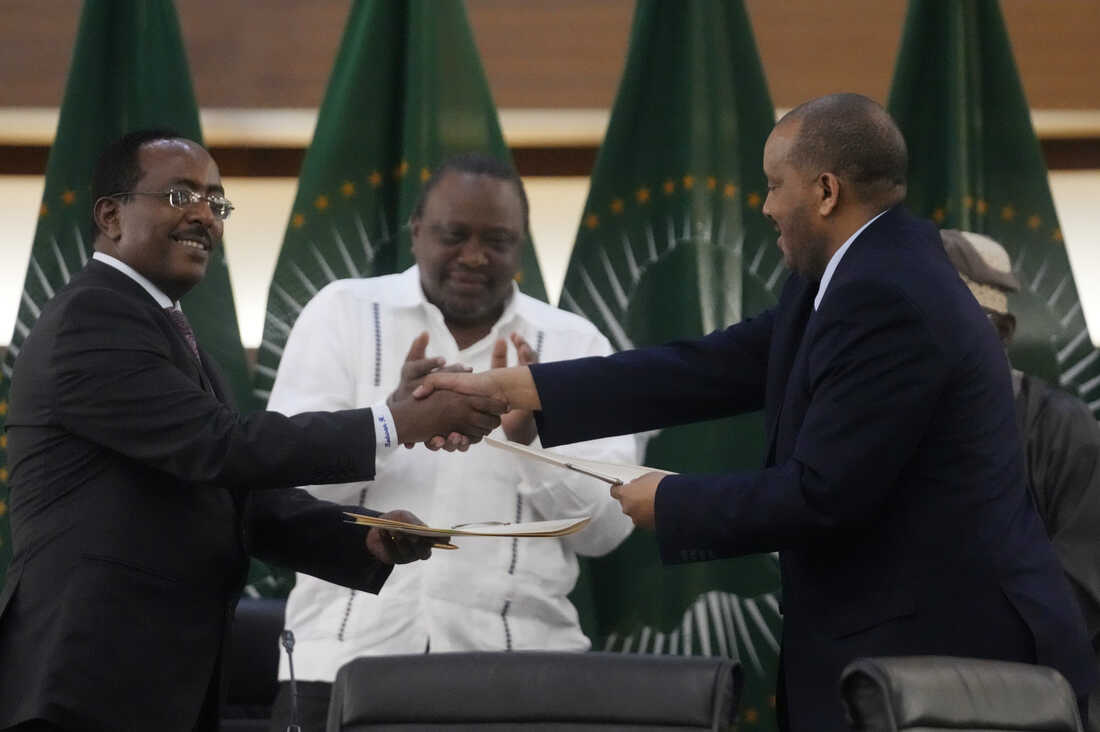 Ethiopia’s government and TPLF, not including all warring sides, have agreed to a permanent end to hostilities in a conflict believed to have killed hundreds of thousands.

As many as 500,000 people died due to war-related violence and famine.

“It is very much a welcome first step, which we hope can start to bring some solace to the millions of Ethiopian civilians that have suffered during this conflict,” Antonio Guterres

The African Union pledged in 2016 to “silence the guns” by the end of 2020: to end the armed conflict on the continent. But until now, the AU has not exerted its influence to broker a ceasefire or find peace over the past two years.

According to the agreement, the Ethiopian government would facilitate lifting the terrorist declaration.

The text also said Tigray forces would be disarmed, starting with “light weapons”, within 30 days of Wednesday’s signing.

Ethiopian security forces will also control “all federal facilities, installations, and major infrastructure such as airports and highways within the Tigray region”.

The final agreement was not made public, but the brief joint statement notes “a detailed program of disarmament” and “restoration of constitutional order” in Tigray.

Ethiopia’s government will continue restoring essential services to the Tigray region, where communications, transport, and banking links for more than 5 million people have been severed since the fighting began.