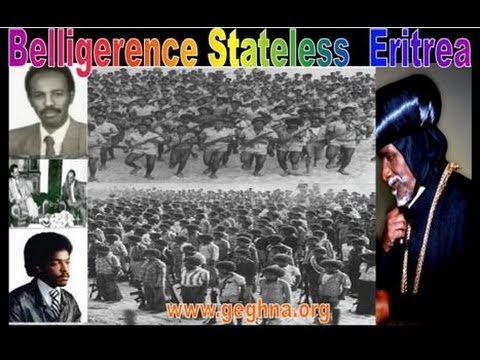 A colony for 50 years, federated , Unified to Ethiopia , in 1991’s seceded after three decades of rebellion. Since 1998 Eritrea is at War, harboring proxy warriors especially the notorious Al- Shabab. Torture ,imprisonment , thousands fleeing, no religious freedom , the only university is closed, everybody is in the army, No Parliament, No election, No functioning institution, No free press & all living journalists are in prison. Eritrea is called the North Korea of Africa.
———-

The present report is submitted pursuant to Human Rights Council resolution 20/20. It is based upon the initial observations of the Special Rapporteur on the situation of human rights in Eritrea and information gathered from a variety of other sources, including Eritrean refugees interviewed during a field mission to neighbouring countries from 30 April to 9 May 2013. In the report, the Special Rapporteur provides an overview of the most serious human rights concerns in Eritrea, including cases of extrajudicial killing, enforced disappearance and incommunicado detention, arbitrary arrest and detention, torture, inhumane prison conditions, indefinite national service, and lack of freedom of expression and opinion, assembly, association, religious belief and movement. She addresses a number of recommendations to Eritrea and the international community aimed at improving respect for human rights in the country.