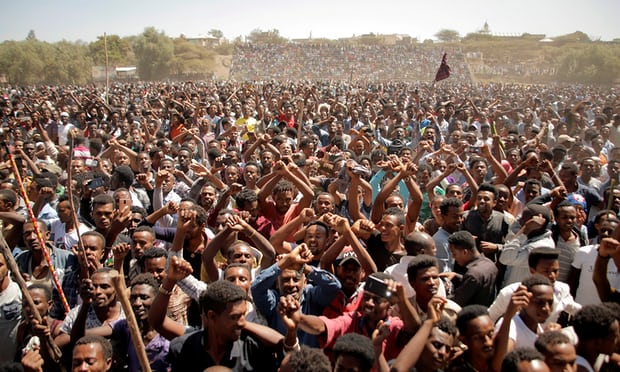 EPRDF coalition’s council in its 11 hours forced by mass protest  met on Friday and decided to impose emergency rule for six month.

This was a day after prime minister has submitted a letter of resignation in a surprise move that comes amid protracted anti-government protests that lasted over two years.(2015-2018)

The second main factor that pushed the Premier’s  declaration came from the recent internal coup that boulversed the TPLF  (Tigerian Liberation Front) after  over a month old congress, where he lost favor. The new  group that took power in side the ruling  party TPLF,  is close to Eritrean regime..

The unrest spread in 2015 and 2016 as demonstrations against political restrictions and human rights abuses broke out.

Rights advocates have frequently criticized Ethiopia’s government for mass arrests and long jail terms handed to political opponents and journalists. But more than 6,000 political prisoners have been freed since January as the government has struggled to quell discontent.