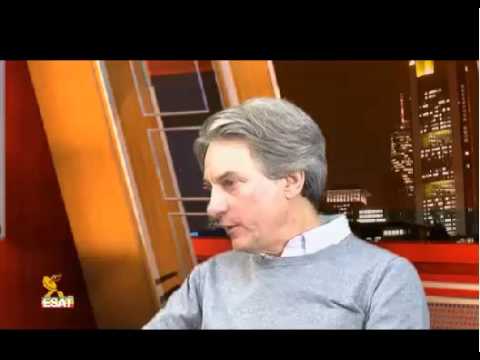 Every five years the Ethiopian people are invited by the ruling party to take part in a democratic pantomime called ‘General Elections’. Sunday 24th May saw the latest production take to the national stage.

With most opposition party leaders either in prison or abroad, the populace living under a suffocating blanket of fear, and the ruling party having total control over the media, the election result was a foregone conclusion. The European Union, which had observed the 2005 and 2010 elections, refused to send a delegation this time, maintaining their presence would legitimise the farce, and give credibility to the government.

With most ballots counted, the National Election Board of Ethiopia announced the incumbent party to have ‘won’ all “442 seats declared [from a total of 547], leaving the opposition empty-handed…the remaining 105 seats are yet to be announced.” ‘Won’ is not really an accurate description of the election result; as the chairman of the Oromo Federalist Congress, Merera Gudina, put it, this “was not an election, it was an organised armed robbery”.

The days leading up to the election saw a regimented display of state arrogance and paranoia, as the government deployed huge numbers of camouflaged security personnel and tanks onto the streets of Addis Ababa and Bahir Dar. For months beforehand anyone suspected of political dissent had been arrested and imprisoned; fabricated charges drawn up with extreme sentencing for the courts, which operate as an extension of the government, to dutifully enforce.

Despite the ruling party’s claims to the contrary, this was not a democratic election and Ethiopia is not, nor has it ever been, a democracy.

The country is governed by a brutal dictatorship in the form of the Ethiopian People’s Revolutionary Democratic Front (EPRDF) that has been in power since 1991, when they violently overthrew the repressive Derg regime. The EPRDF speaks generously of democracy and freedom, but they act in violation of democratic principles, trample on universal human rights, ignore international law, and violently control the people.

Independent international bodies and financial donors, from Human Rights Watch and Amnesty International to the European Union and the US State Department, are well aware of the nature and methods of the EPRDF, which is one of the most repressive regimes in Africa. The Committee to Protect Journalists reports that Ethiopia is “the fourth most heavily censored country in the World”, with more journalists forced to leave the country last year than anywhere except Iran.

In the lead up to the recent election, CPJ found that, “the state systematically cracked down on the country’s remaining independent publications through the arrests of journalists and intimidation of printing and distribution companies. Filing lawsuits against editors and forcing publishers to cease production.” Various draconian laws are used to gag the media and stifle dissent, the Anti Terrorist Proclamation being the most common weapon deployed against anyone who dares speak out against the government, which rules through fear, and yet, riddled with guilt as they must surely be, seem themselves fearful.

The government proudly talks a great deal about economic development, which it believes to be more important than democracy, human rights and the rule of law, all of which are absent in the country. And, yes, during the past decade the country has seen economic development, with between 4% and 9% (depending on who you believe) GDP growth per annum achieved, the CIAstates “through government-led infrastructure expansion and commercial agriculture development.” It is growth, however, that depends, the Oakland Institute make clear, on “state force and the denial of human and civil rights.”

GDP figures are only one indicator of a country’s progress, and a very narrow one at that. The broader Ethiopian picture, beyond the debatable statistics, paints a less rosy image:

Around 50% of Ethiopia’s federal budget is met by various aid packages, totaling $3.5 billion annually. Making it “the world’s second-largest recipient of total external assistance, after Indonesia” (excluding war torn nations, Afghanistan and Iraq), Human Rights Watch states. The country remains 173rd (of 187 countries) in the UN Human Development Index and is one of the poorest nations in the world, with, the CIA says, over 39% of the population living below the low poverty line of $1.25 a day (the World Bank worldwide poverty line is $2 a day) – many Ethiopians question this figure and would put the number in dire need much higher.

Per capita income is among the lowest in the world and less than half the rest of sub-Sahara Africa, averaging, according to the World Bank, “$470 (£287)”. This statistic is also questionable, as Dr. Daniel Teferra (Professor of Economics, Emeritus at Ferris State University,) explains, “In 2008-2011 income per capita (after inflation), was only $131,” contrary to the International Monetary Fund’s (IMF) 2013 report, which put the figure at $320.

The cost of living has risen sharply (current inflation is around 8%) and, asThe Guardian reports, “growing economic inequality threatens to undermine the political stability and popular legitimacy that a developmental state acutely needs. Who benefits from economic growth is a much-contested issue in contemporary Ethiopia.” Not amongst the majority of Ethiopians it isn’t: they know very well who the winners are. As ever it is the 1%, who sit in the seats of power, and have the education and the funds to capitalize on foreign investment and development opportunities.

Some of those suffering as a result of the government’s development policies are the 1.5 million threatened with ‘relocation’ as their land is taken – or ‘grabbed’ from them. Leveled and turned into industrial-sized farms by foreign multinationals which grow crops, not for local people, but for consumers in their home countries – India or China for example.

Indigenous people cleared from their land are violently herded into camps under the government’s universally criticised “Villagization” program, which is causing the erosion of ancient lifestyles, “increased food insecurity, destruction of livelihoods, and the loss of cultural heritage”, relates the Oakland Institute. Any resistance is met with a wooden baton or the butt or bullet of a rifle; reports of beatings, torture and rape by security forces are widespread. No compensation is paid to the affected people, who are abandoned in camps with no essential services, such as water, health care and education facilities – all of which are promised by the EPRDF in their hollow development rhetoric.

An Insult to the People

Economic development is not democracy, and whilst development is clearly essential to address the dire levels of poverty in Ethiopia, it needs to be democratic, sustainable development. First and foremost human rights must be observed, and there must be participation, and consultation, which  –  despite the Prime Minister Hailemariam Desalegn’s duplicitous comments to Al Jazeera that, “we make our people to be part and parcel of all the [developmental] engagements,”  –  never happens.

The Prime Minister describes Ethiopia as a “fledgling democracy”, and says the government is “on the right track in democratizing the country”. Nonsense. Democracy is rooted in the observation of human rights, freedom of expression, the rule of law and social participation. None of these values are currently to be found in Ethiopia.

Not only is the EPRDF universally denying the people their fundamental human rights, in many areas they are committing acts of state terrorism (one thinks of the abuses taking place in the Ogaden region and the atrocities being committed against the Oromo people, for example, that amount to crimes against humanity.

The recent election was an insult to the people of Ethiopia, who are being intimidated, abused and suppressed by a brutal, arrogant regime that talks the democratic talk, but acts in violation of all democratic ideals.

Graham is Director of The Create Trust, a UK registered charity supporting fundamental social change and the human rights of individuals in acute need. He can be reached at:graham@thecreatetrust.org. Read other articles by Graham.

This article was posted on Thursday, June 18th, 2015 at 11:44pm and is filed under Elections, Ethiopia, Opinion, Poverty.