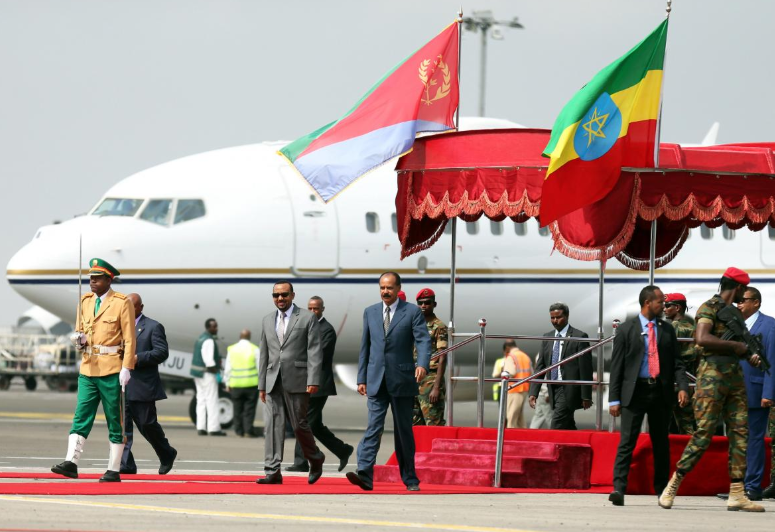 The Eritrean Dictator Isaias Afwerki, along with his delegation arrived in Addis Ababa in the morning for a three-day State visit. Thousands of people, many waving Eritrean flags, lined the streets of the Ethiopian capital, Addis Ababa, to mark his visit. His visit comes just five days after Prime Minister Abiy visited Asmara.

From 1961 until 1991, Eritrea had fought a long war of independence against Ethiopia. For 1998-200 war,  according to a ruling by an international commission in The Hague, Eritrea broke international law and triggered the war by invading Ethiopia. The fighting also spread to Somalia as both governments tried to outflank one another. Eritrea Supported Ethiopian oppositions while Ethiopia supported anti-Eritrea movements.