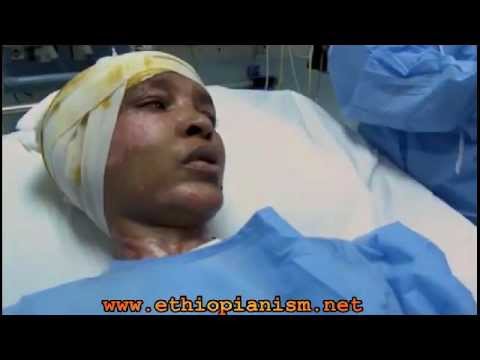 It is impractical to stop recruitment of housemaids from Ethiopia, said Dr. Mutlaq Al-Hazmi, member of the recruitment committee at Jeddah Chamber of Commerce and Industry.

Al-Hazmi was responding to the demand made by several citizens following fatal crimes committed by Ethiopian housemaids recently.

To stop their recruitment, Al-Hazmi said, is difficult for the time being because there is no alternate country from which the Kingdom can recruit domestic helpers. He added that recruitment from Ethiopia can only be stopped permanently when recruitment procedures from the Philippines and India are completed. But, he said, so far nothing has been done in this regard.

“Calls to deport all Ethiopian housemaids and cease recruitment from that country come from people who base their judgment on a few isolated cases,” Al-Hazmi said.  “But let me say this, Ethiopia is the only country around the world which can currently meet the large demand of Saudi families for domestic servants,” he said.

Each month, around 7,000-10,000 Ethiopian domestic helpers arrive in the Kingdom. Dr. Al-Hazmi called for setting up companies that farm out labor just like companies in the United Arab Emirates and Kuwait. These companies have reduced many of the violations committed by expatriate workers in the UAE and Kuwait. They select their labor carefully, test them medically, and provide them with proper training before sending them to work.

Abdul Baqi Ajlan, Saudi Ambassador to Ethiopia, said earlier that the Kingdom would require each housemaid to undergo psychological tests before moving to the Kingdom to work for a Saudi family. He added that this would definitely reduce violations and crimes committed by Ethiopian housemaids.

Meanwhile, the Philippine overseas labor department required all Filipino domestic helpers who want to travel to the Kingdom for work to enroll in an Arabic language program to learn the language and the Saudi culture, according to Manila Standard Today daily, which is issued in the Philippines. It was reported also that the labor department would provide future labor with classes that focus on self-control and ways to integrate with society and families in general. Domestic helpers will learn basic Arabic words and phrases that are used on daily basis at households.

The head of the national committee for recruitment, Saad Al-Baddah,  has called for an immediate ban on the recruitment of maids from Ethiopia.

Al-Baddah had previously called on ministers of health in the Gulf to conduct mental examinations on workers who are recruited to work in these countries.

He said the Kingdom recruits 80,000 workers a month of both genders.