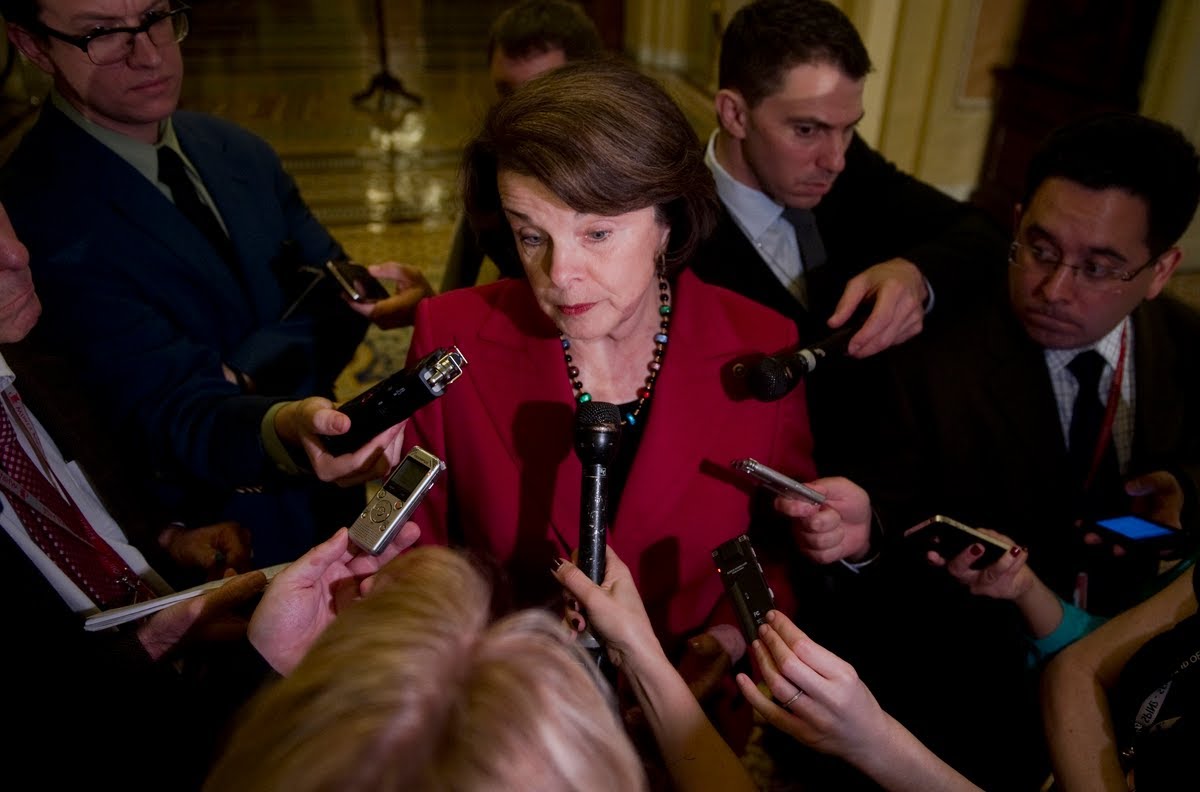 A bitter dispute between the CIA and the U.S. Senate committee that oversees it burst into the open on Tuesday when the committee chairwoman accused the agency of spying on Congress and possibly breaking the law.
Veteran Democratic Senator Dianne Feinstein said the CIA had searched computers used by committee staffers examining CIA documents when researching the agency’s counter-terrorism operations and its use of harsh interrogation methods such as simulated drowning or “waterboarding.”
Speaking on the Senate floor, Feinstein condemned how the CIA had handled the committee’s investigation into the agency’s detention and interrogation program started under President George W. Bush after the September 11, 2001 attacks. Human rights advocates condemn the interrogation practices as torture.
“I have grave concerns that the CIA’s search (of committee computers) may well have violated the separation of powers principles embodied in the Constitution,” said Feinstein, who is normally a strong ally of U.S. intelligence agencies.
She disclosed that the Justice Department had been asked by two different CIA offices to investigate whether committee officials or the agency itself might have violated the law.
Her accusations of CIA-led computer searches were denied by CIA Director John Brennan. They brought into the open a simmering row between the committee and the agency that had been brewing for months and disrupted the committee’s work.
The committee investigation, which resulted in 6,000 pages of findings which remain highly classified, was meant to comprehensively document what the agency did and assess the effectiveness of its methods.
Sources familiar with the findings say they condemn the CIA’s aggressive interrogations and question whether they produced significant intelligence information. The CIA has given the committee a classified rebuttal to the report.
Feinstein said that in January, the CIA’s Brennan requested an emergency meeting with her and the committee’s top Republican, Senator Saxby Chambliss.
She said he informed them that agency personnel, without notifying the committee or seeking its approval, had conducted a “search” of computers that committee investigators were using to review documents related to theCIA program.
CIA SEARCHES
She charged that the search may have violated the Fourth Amendment of the U.S. Constitution, the Computer Fraud and Abuse Act and an executive order that prohibits the CIA from conducting domestic searches or surveillance.
Brennan denied any charge of computer hacking. “Nothing could be further from the truth. We wouldn’t do that,” he said in a speech at the Council on Foreign Relations think tank.
He said the agency was not trying to thwart the release of the panel’s report. “We are not trying at all to prevent its release,” he said.
Feinstein has been pushing to make the report’s findings public but infighting with the CIA had meant the formal process to declassify the document had not even begun. Feinstein said she hoped declassification could begin before the end of March.
A key dispute is over how the committee acquired what Feinstein and others describe as the CIA’s own internal review of its interrogation tactics and secret prisons, and its use of “rendition,” a practice in which prisoners are transferred between countries without formal judicial process.
Feinstein and committee sources say they had found the review in the computer system the CIA set up for their use and at some point their staff printed out a copy and took it to their offices on Capitol Hill.
In a letter Brennan wrote to Feinstein in January, which was obtained by Reuters, he acknowledged the data had been deposited in the part of the CIA computer network to which Senate investigators had access but said he did not know how this happened.
Feinstein said the review mirrored key concerns outlined in her staff’s report and differed sharply from the official CIA response to the committee’s investigation.
INTIMIDATION
Partly as a result of the committee accessing the internal review, security sources said, the CIA’s acting general counsel sent what is called a “crimes report” to the Justice Department complaining about the actions of committee staff.
Feinstein condemned this action on Tuesday as an attempt to intimidate committee staff. She bristled at suggestions her staff had gotten information improperly and said the CIA itself provided her committee with more than 6.2 million documents.
“The committee clearly did not hack into CIA computers to obtain these documents, as has been suggested in the press,” the California Democrat said.
Brennan said he had also asked the CIA’s in-house inspector general to investigate. That led to another “crimes report” being filed by that office with the Justice Department related to committee complaints that the agency had violated the law by searching the computer system its investigators had used.
Brennan, who took the helm of the CIA a year ago, said the agency was eager to relegate the rendition, detention and interrogation program to history.
The dispute heightened concerns about the effectiveness of congressional oversight of U.S. spy agencies. Concern had already been raised by revelations by fugitive U.S. National Security Agency contractor Edward Snowden about sweeping electronic surveillance by the National Security Agency.
Brennan vigorously defended the CIA’s commitment to working with Congress. “We are a far better organization because of congressional oversight,” he said.
(Additional reporting by Susan Cornwell and Will Dunham; Editing by David Storey and Cynthia Osterman)