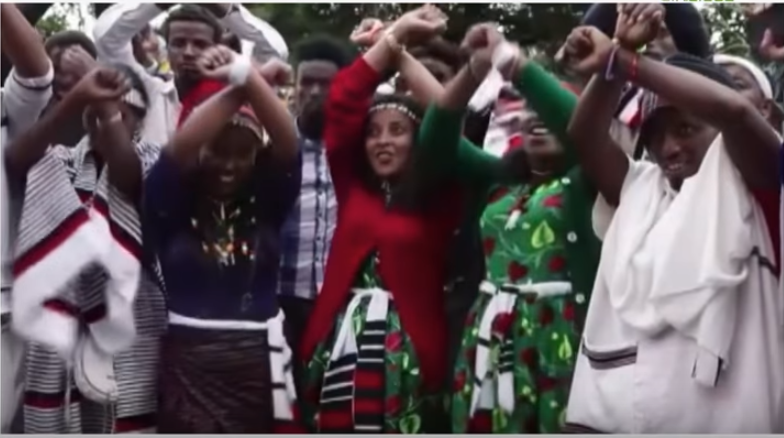 Hundreds of people chanting anti-government slogans marched in the central Ethiopian town of Bishoftu on Sunday at a religious festival where a stampede triggered by a police move to quell protests killed dozens of people last year.

Last year’s festival was held after months of demonstrations by Oromo communities. Police opened fire with tear gas after some people started shouting protest slogans and an ensuing stampede hundreds were killed thousands imprisoned, though activists say the toll was much higher.

“Down, down EPRDF!” dissidents chanted in small groups as they marched towards the town’s center, referring to Ethiopia’s ruling party.

In April, a government-sanctioned investigation said 669 people had been killed during one period in the violence and more than 29,000 people arrested.

The violence in Oromiya, the largest and most populous region which surrounds Addis Ababa, and to a lesser extent in the Amhara province north of the capital, cast a shadow over Ethiopia.

“The government is trying to control us and deny our rights, lives, and security,”

“We are remembering what happened last year and it makes us angry. We need freedom,”

Uniformed officers were absent from this year’s event held by a lake in a resort town southeast of the capital Addis Ababa.