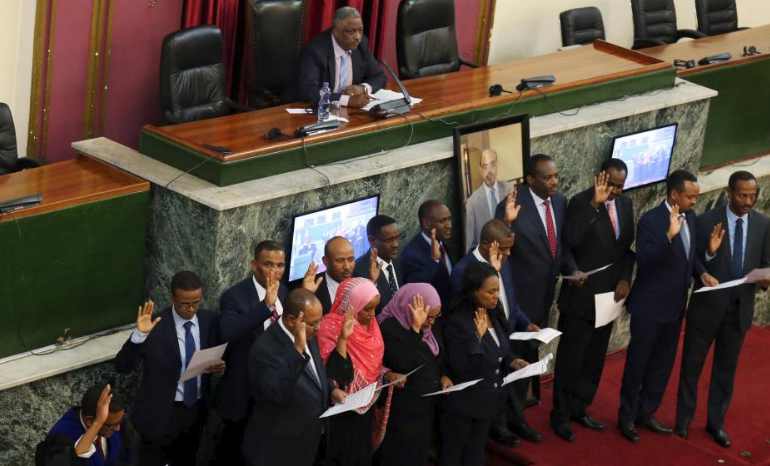 Negeri Lencho, was appointed by Hailemariam during a previous state of emergency in November 2016 as part of an earlier effort to increase Oromo representation in the top government posts.He is replaced by the former transport minister Ahmed Shide, the highest-ranking ethnic Somali in government.

This internal  Readjustment the ruling TPLF  could not help to implement reforms demanded by the public during unrest in which hundreds were killed by security forces.

Since his nomination the New premier faced five principal failures:

1.H.R. 128 On Human Right Abuses by US
2.Eritrean rejection of his proposal,
3. Egypt dam discussion  in paralysis,
4. Moyale second killings in the Southern region
5. Cabinet internal reshuffling rather than reforming by engaging the oppositions from home and diaspora.