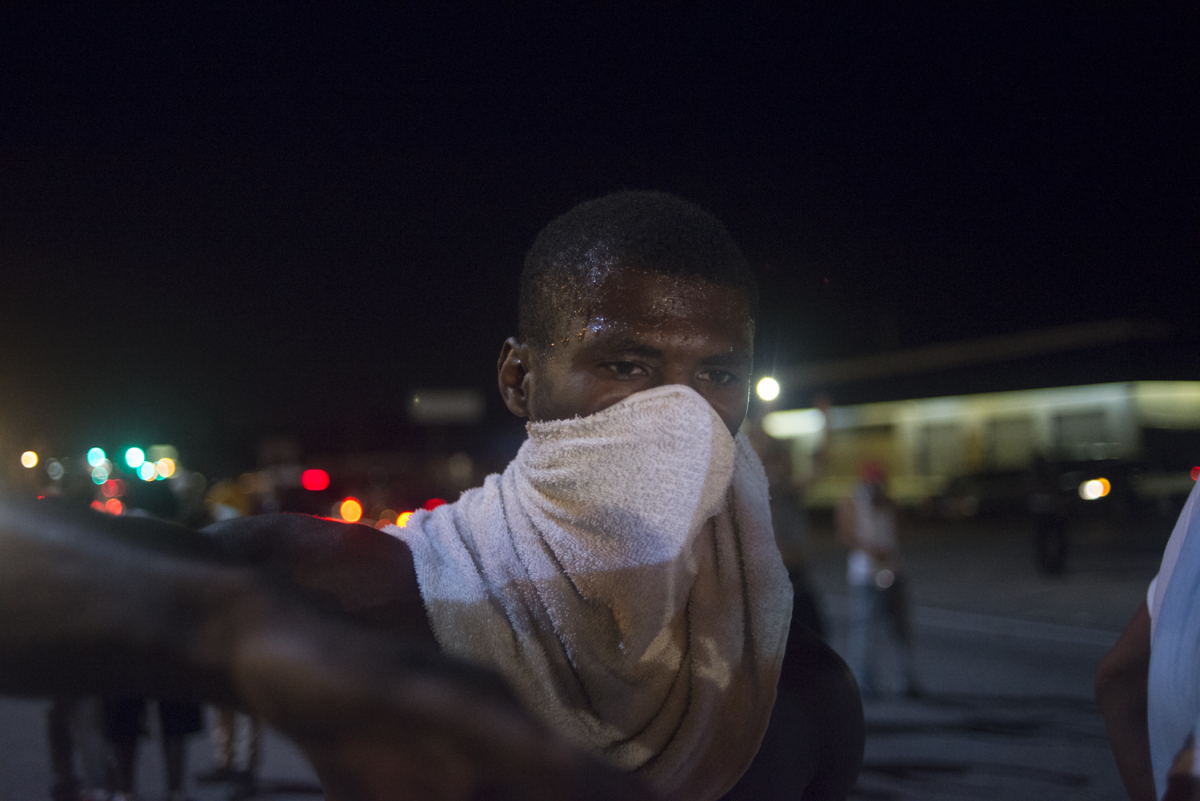 —-— It reminds   us  Baghdad war zone when American police attacks it own citizen with highly mechanized force.  The racial conflict that founds its root in African triangle slave trade seems slow down after the sacrifice of Martin Luther King Jr. in 60’s. US sleeping racial bar seemingly dead when Obama came to power, but today  surfaced   in Ferguson with a slogan  “My Hands are up”. Today the racial bar in the US is more alive than ever seen from the war front at Ferguson. The problems began on Saturday 9th August when Michael Brown, an 18-year-old African American, was shot by white police officer Darren Wilson. For a week few details about the incident were made public, creating a cauldron of rumors and fury. We now know that Wilson shot Brown six times , including twice in the head. The question of why Brown was shot remains unanswered. Maybe it was in relation to the theft of a box of cigars, or maybe not. The police force has obfuscated in its responses  during press conferences, leaving the people of Ferguson confused.

“Ferguson is not just about systemic racism — it’s about class warfare and how America’s poor are held back,” says Kareem Abdul-Jabbar

The good news here: America became a little less segregated. This study by Brown University finds that segregation peaked between 1960 and 1970 and has fallen off, steadily but only gradually, ever since. The “typical white” today lives in a neighborhood that is 75 percent white (that figure was 88 percent 30 years ago). The “typical black” lives in a neighborhood that’s 45 percent black, 35 percent white, 15 percent Hispanic, and 4 percent Asian. But segregation scores in many big cities remain high. On a scale where any score above 60 is considered to indicate deep segregation, Detroit and Milwaukee are tied for worst, at 79.6 percent; then comes New York, Newark, Chicago, Philadelphia, Miami, Cleveland, and, in ninth position, at 70.6 percent, we find St. Louis.

So even as black people pushed their way out into the suburbs, they typically haven’t done so in large enough numbers to gain real political power. This means that while the political power in many cities is in black hands today, whites still tend to run things in the counties within which those cities rest. Thus, one sub-story of the last 20 or so years in America has been a quiet but constant power struggle between municipal and county governments over who has what authority.

The U.S. Census Report finds that 50 million Americans are poor. Fifty million voters is a powerful block if they ever organized in an effort to pursue their common economic goals. So, it’s crucial that those in the wealthiest One Percent keep the poor fractured by distracting them with emotional issues like immigration, abortion and gun control so they never stop to wonder how they got so screwed over for so long.

Will the recent rioting in Ferguson, Missouri, be a tipping point in the struggle against racial injustice, or will it be a minor footnote in some future grad student’s thesis on Civil Unrest in the Early Twenty-First Century?